Fausta Squatriti was born in Milan in 1941, and since her exordium she has been active on the international art scene. While studying at the Brera Academy, in 1960 she held a one-person exhibition at the Galleria del Disegno in Milan, introduced by Roberto Sanesi. In 1962 she studied under Oskar Kokoshka in Salzburg and in 1964 exhibited at Galleria dell’Indiano in Milan, introduced by Gillo Dorfles. In 1965 she was awarded the San Fedele Prize, the only prize of that time reserved to young artists, very seldom awarded to a woman.

In ’68 she was discovered by Pierre Lundholm, a promoter of avant-garde Italian art of the sixties, and Moderna Muséet in Stockholm bought one of her sculptures for its collection. Her personal exhibition there was followed by one at the Kozmopolitan Gallery of New York in 1969. The book published for the occasion included a comment by Gillo Dorfles entitled “Oggetti inquietanti” (Upsetting objects) and was sold in the book shop of the Museum of Modern Art in New York. In 1970 she exhibited at the Courtney gallery in Houston.

Fausta Squatriti’s international career led her then to Latin America, with a number of successful exhibitions in galleries and museums such as the Museo de Arte Contemporáneo Jesus Soto in Ciudad Bolivar and Jack Misrachi in Mexico City. She also exhibited several times in Caracas, at that time a city with a very vivid cultural life, first at Estudio Actual, then at Galleria Arte Contacto with a comment in the catalogue written by Arturo Carlo Quintavalle.

In ’71 she exhibited a group of large geometrical sculptures in bright lacquered metal and polished steel at the Mabat Art Gallery in Tel Aviv. Here she met the great gallery owner and art dealer Alexander Iolas, who exhibited Squatriti in Geneva and entrusted her with the art direction of all books, catalogues and posters of his galleries in Paris, New York, Milan, Geneva and other cities.

In those years Squatriti made long lasting friendships with the protagonists of the international avant-garde scene, Tinguely, Cy Twombly, Niki de Saint-Phalle, Enrico Baj, Joe Tilson, Louise Nevelson, Jesus Soto and Pol Bury and made also acquaintance and collaborations with art masters such as Max Ernst, Marc Tobey and particularly Lucio Fontana and Man Ray. A close creative relation with these artists is the consequence of common work on limited and multiplied editions published by Squatriti, from ’64 to ’74 in partnership with Sergio Tosi, and later by herself. This work lasted until ’86, and greatly contributed to the growth of a new type of art, such as the object or the book-object in limited edition.

From ’74 to ’86 her sculptural research addressed towards pure geometrical forms, in black burnished iron or steel, with personal research of geometrical abstraction leading her far from any purely constructivist or minimalist school. Her abstract thought is never detached from a philosophical and literary research on the language of art, from which her recent works are inspired.

In 1979 she held a one-person exhibition introduced by Carlo Belloli at Galleria del Naviglio in Milan, and in 1980 she exhibited at Studio Marconi in Milan where her first monograph was presented with an essay written by Umbro Apollonio, published by Concordia 7, who dedicated to her a big exhibition in its exhibiting place in Pordenone.

In 1981 she held a one-person exhibition at Palazzo dei Diamanti in Ferrara, with her own comment in the catalogue.
In ’82, she exhibited in Paris, with a catalogue comment written by Giulio Carlo Argan, at the Denise René’s gallery, a gallery of great importance for its abstract-geometrical trend, where she also participated in group shows in the following years.

In 1986 she was one of the three curators of the historical show “Arte e scienza: colore” at the Venice Biennial.

In’87 she met Karin Fesel. The encounter gave birth to many personal or group exhibitions in her galleries in Düsseldorf and Sonsbeck, as well as at the international fairs Art Cologne and Art Frankfurt with comments and reviews written by Argan, Ingo Bartsh and Klaus Wolbert, and in other important public spaces in Germany such as Museum am Ostwall in Dortmund and Kunstwerein in Speyer, where Squatriti’s most recent installations are shown, deriving from years of meditation on her artistic language.

In 1999 she exhibited “Via Crucis”, a big installation created in 1996-97, at the previous Teatro Sociale in Bergamo. In the same year a book published by Mazzotta and edited by Maria Grazia Recanati came out with texts written by Francesco Leonetti, Jacqueline Ceresoli, Mario Cresci, Pierluigi Lia and Squatriti along with a musical score by Mario Ruffini. In the same year she exhibited another big installation: “Requiem per la specie e per la macchina” created in 1997-98, at Etile Toy in Florence, with the catalogue text written by Giuliano Serafini.

In 2002, on occasion of the publication of the monograph “Fausta Squatriti fino all’ultimo sangue, i percorsi della ragione” edited by Claudio Cerritelli, published by Mazzotta, Fondazione Mudima in Milan dedicated to her a big exhibition including the sculptures created in the seventies.

In 1994 “La villeggiatura ovvero breviario sentimentale” was published, afterword by Dario Giugliano, published by Terra del Fuoco, in 1997 “Madre Russia, valsella e tutti gli altri”, engravings by Errico Ruotolo, published by Il Laboratorio di Nola. In 1999 she published “Male al male”, comment by Pietro Cataldi, published by Piero Manni, in 2003 “Gesto azzurro alla mia sinistra”, comment by Marosia Castaldi, published by Book, in 2004 “Carnazzeria”, a supplement to the magazine Testuale with texts written by Gio Ferri, Angela Madesani and Milli Graffi. She had also several books and booklets published in numbered editions, with her own texts, etchings and other illustrations in different techniques.
A new novel of hers is being published.

She was awarded the Montale Prize in ’88, wrote essays in various art magazines and created her own interdisciplinary magazine, “Kiliagono”, published by Scheiwiller between ’92 and ’95. In ’91, together with Teresa Pomodoro, Squatriti created the ABV collection, furniture pieces designed by artists, and produced by Tecno in Milan.

For over twenty years she has been teaching graphic disciplines at the Academy of Fine Arts, then in Carrara and Venice, and presently at Brera in Milan, where she has held the chair of Decoration in 2005. She has also held seminars and lectures on her work in various academic venues, among which the University at Manoa, Honolulu, Hawaii, accompanied by two personal shows.

In 1997 she founded together with Francesco Leonetti “Teatro dell’autore in scena”, that made its first appearance at Fondazione Mudima in Milan, with following performances in the “Ricercare” sphere in Reggio Emilia, at the “Festival della parola” in Venice, at “Teatri 90”, Teatro Franco Parenti and again at Fondazione Mudima in Milan. Finally, she has collaborated in arranging interdisciplinary cultural events with various associations, presently with Novurgia and Asilo Bianco. 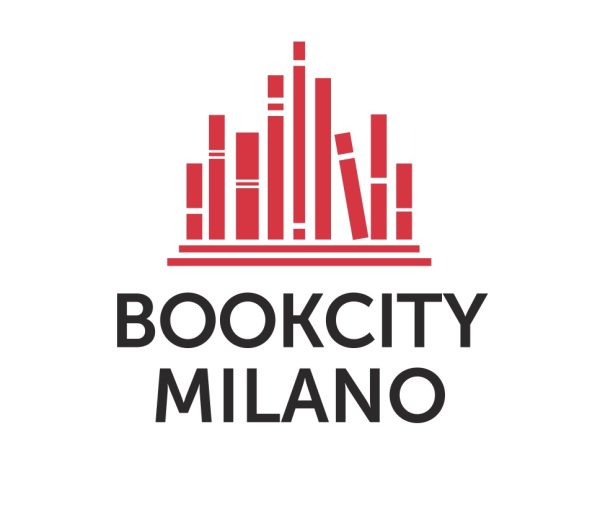